skip to main | skip to sidebar

Not just April- but almost halfway through! I can't believe it.
Well I haven't blogged in a while, but I'm ready to jump back in. Even if it's just a little blurb a few times a week.
Summary of the past year: Polyface farm internship. Starting in October 2010 we became Polyface contractors, running a 300-acre rental farm. We've got lots of animals right now- 400 head of cattle, 1600 egg-layers, broilers both in the field and in the brooder, turkeys in the brooder, our personal rabbits, and our personal (very small) dairy herd (no one is in milk right now). We love it here.

So today I'm watching my nephew for a few hours, making food, and cleaning. Pretty much my days are filled with cleaning and cooking. But that's fine- I love it here. It's breezy and lovely today, and it's making me happy!

The most exciting thing going on here recently is that our landlord finished closing in the front porch and made it into a room, which I had previously claimed as "my" room. My dad brought my piano down, and it is now in my room. My music and sewing room! I have great plans for this little room, all lined with windows, but for now it's just got a piano and a chair in it, as I have to do a few finishing details (a little sanding and staining of the walls). What a run-on sentence! Anyway, i love it. Here's before and after pictures!

Yes, this is what it looked like when we moved in. Love the yard, eh??

Another of the front of the house

John, our landlord, working on the porch

Revealing the log-cabin under the siding

Finished, with piano! Looking from the window in the kitchen into the music room.

From the outside! I like it plain, but I think John plans to paint it to match the rest of the house. Excuse the construction mess! I can't wait to get some flower beds in :)
Posted by Kristin at Monday, April 11, 2011 30 comments:

I will begin blogging once a week (saturdays) over at polyfaceyum.blogspot.com as well as trying to blog here again. But of course right now Zeke is screaming and I need to clean up/make lunch, so I'll try again this afternoon!
Posted by Kristin at Friday, March 25, 2011 8 comments:

Oooh what a lovely morning! It's overcast, drizzly, and 60-something degrees outside! I'm so excited that fall is coming, and that today really feels like fall! I haven't felt fall for 6 years. At least for this year (and probably the next two or three!), it's my very favorite season.

We skipped church today to stay home and rest. Well, for Daniel to rest and for me to tidy up, do laundry, and make some food. A friend is stopping by after church to spend the afternoon with us. We move over to our new farm (rental farm) in 8 or 9 days- I'm so excited!

These pictures are from August. Not quite fall-like, but I had to put something up! 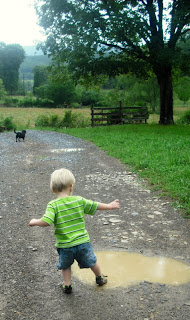 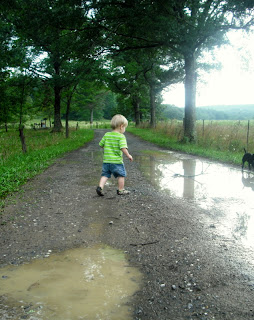 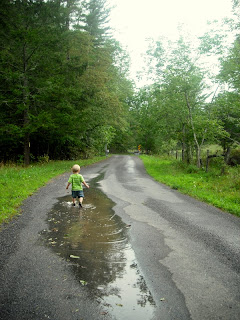 Have a lovely Sunday!
Posted by Kristin at Sunday, September 26, 2010 3 comments:

I came across a blog today, and felt the need to share it with all (2) of my readers! Baby Charlie was born 10 weeks early and died after only 3 days. His family is left with the burden of medical bills while trying to deal with the loss. A friend of the family started a donation for them on her blog, and I wanted to share the link with you all. Click here. Then click on the upper right hand "donate" button to send money to the family and help them cover medical and funeral costs.

I don't normally put up stuff like this, but as you all know, Ezekiel was born 13 weeks early. I remember how difficult it was, how many times he nearly died, and I can't imagine his cute little two-year old self not running around the living room making a mess right now! I also can't imagine how difficult it would be to be stressed about money while they are suffering such a great loss. If you feel led, please, donate something to this family. This is the perfect opportunity for the Church to be the Church to someone in need.
Posted by Kristin at Saturday, September 25, 2010 3 comments:

Here are some pictures from our summer...

My love and me 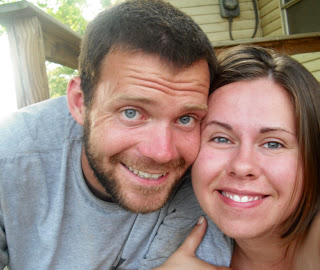 The drive out to Polyface 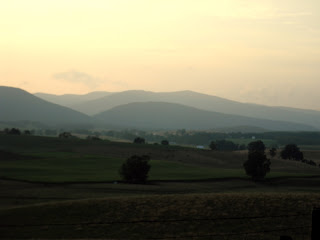 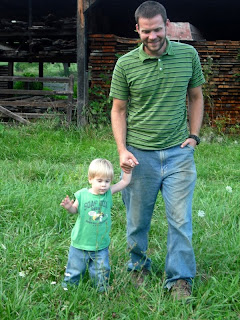 Zeke playing at the park 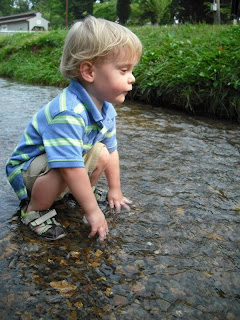 Zeke and Sadie in our kitchen (I love this kitchen!) 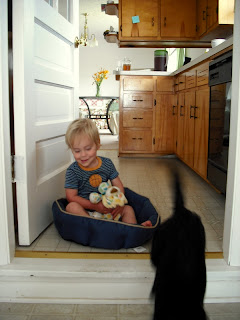 Today I'm just trying to conquer my boredom with our everyday routine. It seems like all my days run together with Daniel gone so long. The internship is almost done- less than two weeks! I should probably start packing the house since we're moving so soon... but we don't really have too much stuff here, anyway, so it won't take too long to do. Yesterday we went to the local Mennonite-owned garden store and bought some seeds for a fall garden. We then went over to our soon-to-be home and planted them in a free bed in the expansive, jungle-like garden. The land lord just finished painting the house a cheery periwinkle blue and is currently doing some repairs on the front porch. I'm excited to move in!

Malachi is here today (have I mentioned that I've started nannying? 25ish hours a week) and currently napping. Zeke is happily playing with toys and singing. Sadie is cuddled up next to me. I'm cuddled up with the computer. I guess I should start getting something productive done today! I hope you have a good day :)
Posted by Kristin at Wednesday, September 22, 2010 2 comments:

It's been a while... but I still love you, blog. It's time to get back into the groove of things!

Lots of news here- first of all, we're staying in Virginia! Starting the first of October Daniel will be running a rental farm for Polyface. We're extremely excited about it! The farm, called Briarmoore, has an old log-cabin house in which we'll be living. We will be moving over there in two or three weeks, once the current tenant moves out. I'm a little concerned about moving in, as when I saw the house this past week it was extremely dirty. Structurally it's fine, and everything works in the house, it just needs a seriously good, deep scrubbing. But we'll get that done, and once that's done everything will be fine. I'll post pictures once we're settled in! Daniel will be taking care of egg laying chickens, pigs, and cows starting in October, and he'll be adding rabbits shortly after that. Next spring we'll have all of the above and add broilers (meat chickens) to the mix. We're very thankful that God sent us to Virginia! We don't have any plans to go back to Kentucky.

So what's been going on the past two months? Well, Zeke turned 2 in August! That was lovely. Then I started babysitting a 4-month old little boy at our church, about 25 hours a week. He and Zeke are both napping right now. Zeke adores Malachi, and Malachi loves watching Zeke play. I'm glad Zeke doesn't seem to be jealous. I've also been doing laundry for the other interns at the farm, so I'm currently making more money than Daniel! I doubt that will ever happen again!

About three weeks ago I had an appointment with a naturopathic doctor/nutritionist named Jane. I was very eager to see her, as I've had on-going health problems for years now, and I was never able to get a conventional doctor (at least in the military system) to take me seriously. I've been absolutely unable to loose weight, constantly tired and moody, and unable to carry pregnancies to full term (Zeke was born at 27 weeks gestation, and I've had multiple miscarriages), horrible joint pain, and other various problems. She was an absolutely amazing doctor! She had a machine which, to the best of my understanding, works like this: you hold two pieces of metal which are attached to a machine by wires- it sends a weak electrical current through your body. Every cell in existence has it's own unique electromagnetic frequency, and this machine records all the frequencies of all the different types of cells in your body and sends them into a software program on a computer. This software then shows the doctor the exact levels of every substance in your body, what you're allergic to, etc, and she is able to analyze the data with the medical and nutritional training she has. She was able to figure out that I have Hypothyroidism (I already knew that, but regular blood tests always showed up negative and so no one would ever give me medicine for it!), Polycystic Ovarian Synrdrom (I suspected this some, and Paige, she said to tell you that you were right!), and Lymes Disease. No wonder I'm ALWAYS tired!! She said that the first two problems are inter-related and mainly caused by an extremely severe iodine deficiency (again, the machine was able to show her how much iodine is in my body). She gave me a list of supplements to order, and drastically restricted my diet: no wheat, oats, red meat, pork, dairy, tomatoes, walnuts, fish. 75% of my daily diet is vegetables and the other 25% is chicken or eggs, rice bread, fruit. I'm still waiting for some of the supplements to come in the mail, but even just with the dietary changes in the last few weeks I feel much better. The only discouraging thing is that I haven't lost any weight yet. I think that will change once my iodine supplement gets here and my thyroid gland is able to function correctly. I've talked to three other people who saw her last week, and in just a week and a half they had lost 5,8, and 10lbs just from the dietary changes. We've already been eating healthy for years and so I guess it will just take my thyroid kicking in for me to start loosing weight. Anyhow, the machine is called Asyra (I'm sure you'll be googling it, Paige!). I was skeptical at first, but the appointment was amazing, and it was such a relief to have someone affirm the fact that I'm not well. I hope to be feeling so much better over the next few months! I have another appointment with Jane in October so I will be re-evaluated then. I'll keep you all updated incase you're curious.

Alright Malachi woke up from his nap and he's crying! I'd better get going! Sorry no pictures :(
Posted by Kristin at Thursday, September 16, 2010 7 comments:

Zeke and I are headed off to camp today! Woo hoo! I had planned to leave early this morning, but was in quite a tired funk yesterday and didn't get packed etc, so we'll be leaving post nap-time today. We've got a 7 hour drive ahead of us, not too bad. I just need to get the house in order, make a couple more dishes for Daniel to eat while we're gone, and pack. I can do that in the next couple hours, right?? Right! We'll be back in about 10 days!
Posted by Kristin at Monday, July 26, 2010 2 comments: